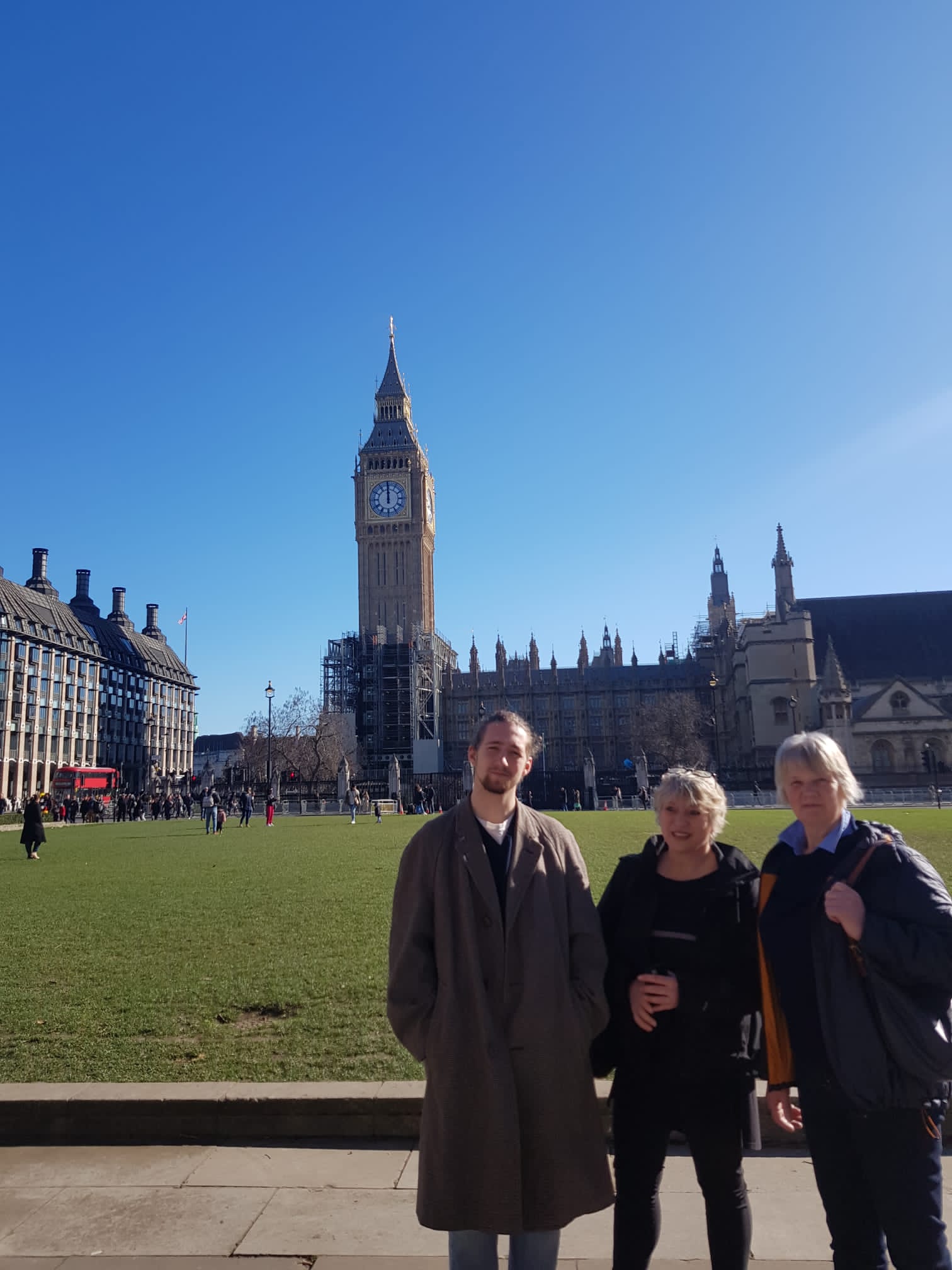 Timeless! By London Tour Guide Mark Kelly (join me on my regular travels in my Time Machine to a year in London’s past).

The construction of Big Ben

Now this was an interesting visit.  Big Ben, or to give it its proper name the Elizabeth Tower was an unusual return to the past for me.  There were so many aspects to the building of this Tower and as it went over by quite a few years, I decided to make a number of trips back during its construction.

After the terrible fire in 1838 caused by the burning of Tally Sticks destroyed the original building a competition was held for the design of the new Parliament.  Charles Barry won and employed Augustus Pugin to design the clock tower.

Now before I tell you of my visits let me explain about Tally Sticks first. This was an ingenious way of Medieval accounting.  On the issue of a loan, it was written on a wooden stick which was broken in two, Parliament keeping one half and the debtor the other.  Once the debt was repaid the two halves of the stick were rejoined and the debt cleared!

July 1852 – I wanted to see the Tower during its construction, I had been amazed to establish it had been built from the inside out, so there was no scaffolding – imagine that today!  I stood on the north bank of the River Thames and watched as builders haul construction materials up the side of the Tower.

To be able to see the inner design was remarkable.  All of the workmen tethered in one way or another as they moved around the edifice doing their own piece of work according to the architects Charles Barry and Augustus Pugin’s plans.  Health and Safety would have had apoplexy!

The casting of the Bell

August 1856 – The Tower had still not been finished and the Bell, cast by Warners of Norton, near Stockton on Tees, was being delivered to Parliament.  Yes I know you are all shouting, “But the bell was made by the famous Whitechapel Bell Foundry!”  https://www.dailymail.co.uk/news/article-7759339/Government-steps-stop-developers-taking-Whitechapel-Bell-Foundry.html

And you would be correct in saying so, but not many people know about the first Bell, much larger at 16.5 Tonnes.  It was delivered on a carriage, drawn by 16 white horses across Westminster Bridge.  What an amazing sight this was.  Crowds stood along both sides of the embankment watching and cheering as it was pulled by these amazing steeds over the River Thames to what should have been its majestic triumphant placement at the Top with the clock.

Alas this was not to be the case.  As the Tower was not finished the Bell was placed in Old Palace Yard and tested daily.  This was a lucky stroke for the Clock designers (pardon the pun) as the Bell Cracked and was unusable.  Can you imagine hauling that to the top, some 334ft, only to be told, “Sorry mate, this one’s faulty, have you got a spare!”  Aaaagh!

So yes, you are correct, Whitechapel Bell Foundry was duly employed and cast the new Bell, 13.5 Tonnes, and nicknamed ‘Big Ben’  supposedly after Sir Benjamin Hall, ‘First Commissioner for Works’ at the time.

Time to haul up the Bell!

October 1858 – There I was again, this time standing on Westminster Bridge as I watched ‘Big Ben’ being winched up the side of the Tower.  Too big to be brought up inside the shaft, it took 30hrs to raise it to its final resting place as the main hour striking Bell, 4 quarter bells were already in place inside Elizabeth Tower, as it was renamed in 2012 to celebrate Queen Elizabeth’s Diamond Jubilee.

July 1859 – Big Ben first sounded across Westminster.  What a wonderful sound the Bell made.  And the accuracy of the clock is legendary.  Still using the original mechanism, there are also a number of original British pennies used to alter the swing of the pendulum, each penny added or taken away changes the timing by one fifth of a second.  Obviously being the time travelling tourist that I am, I checked her accuracy over the following days of this visit and it did not disappoint!

Big Ben continued to chime for next few months but was not without trouble and also cracked!  Silenced for 4 years the hourly chimes were sounded on the Fourth Quarter Bell during this period.  The problem was resolved by a small square being cut into the bell to stop the crack spreading and It being turned by one eighth, 45° in new money, this worked but the bell has sounded slightly different ever since, which adds to its charm.

Currently surrounded by scaffolding, ironic considering it was built without, Big Ben has been silent since 2017 and will be until late 2021 – a total of 4 years while they renovate the Tower, place a lift within the structure and bring out some of the original features when it was first built.

According to recent polls Big Ben is the most recognised building in the world, and you can see why.  The Gothic revival style of Augustus Pugin sets it out against everything around it.  The clock faces are big enough for a London double decker bus to drive through it! The Bell produces the iconic sound inviting in the new year, and although thousands of people attend Westminster to see the fireworks they politely bow their heads in deference to Big Ben.  He comes first, and only after the last chime is peeled does the Thames display begin.

I can’t wait until the Elizabeth Tower is free of scaffolding and stands tall and majestic again, inviting the people of London and all those who visit to come and see her standing guard over parliament, protecting Big Ben from the elements while he sounds off the hours religiously and accurately for many, many more years to come.

I thoroughly enjoyed my visits back in time to observe the construction of Big Ben at different stages.  I’m now back in 2020 and awaiting 2021 for the Bell to start chiming again, although he does make two outings a year on New Years Eve and Remembrance Sunday.  And quite right too!

I’ll return with another time travelling visit to one of my favourite tourist spots – see you soon!