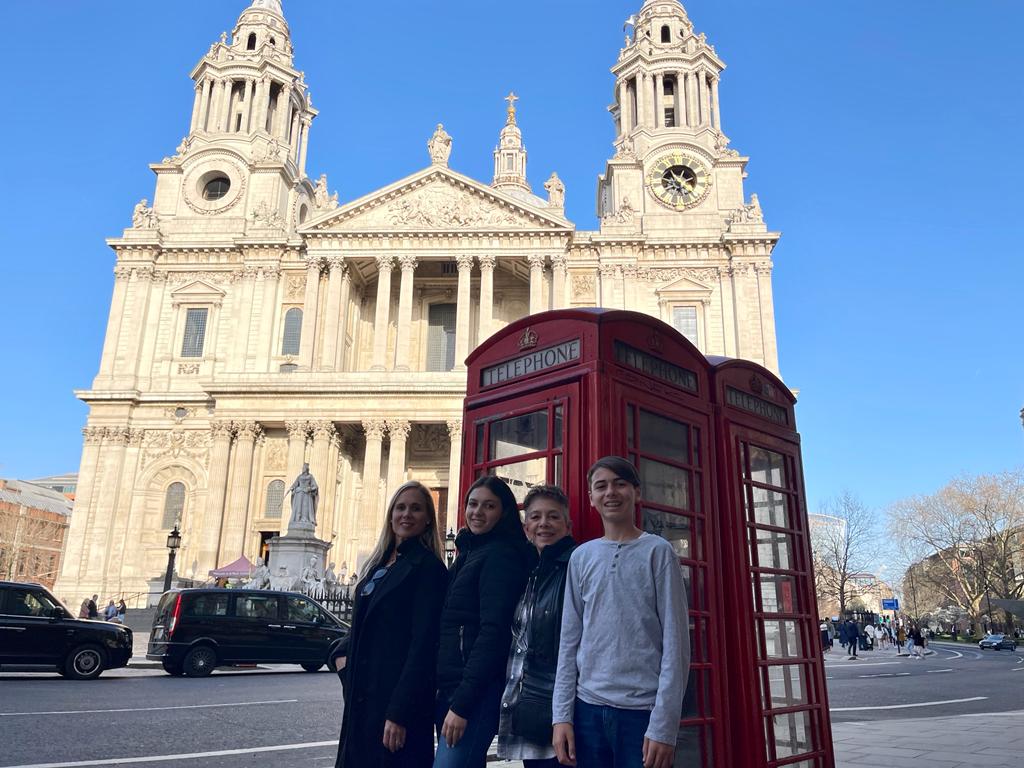 Timeless! By London Tour Guide Mark Kelly (join me on my regular travels to a year in London’s past).

This month is the 80th anniversary of the start of the Battle of Britain on the 10th July 1940.

‘The Blitz’, as the bombing campaign was called, started on ‘Black Saturday,’ the 7th September 1940 and continued for 57 consecutive nights! It continued until the middle of May 1941, but never with that many continuous days! I wanted to return to this period in London, but planning had to be meticulous!  I did not want to be in the wrong place at the wrong time!

There are a number of superb websites that record the location, dates and times of bombs, but did they record everything? I hoped so, as I’m writing this you can be reassured they were accurate.

After fixing my time and date, 11th May 1941, it may ring bells to many WW2 experts. This was the most destructive bombing raid between the night of the 10th to 11th May.  To give you some idea, 711 tons of high explosive bombs and 86,173 incendiaries were dropped on that one night alone!

After arriving at my specified designation, St James’ Park, at around 8am, I began my walk through the area.

Buckingham Palace had just missed being hit, with a crater about 20ft wide outside the North Gates.

Todays’s tourists on the spot where that bomb landed

I walked through St James’ Park from there to Whitehall, the centre of government, where I was shocked by what I saw!  Smoke everywhere, yet all of the buildings were still intact.  I have never been so proud of our emergency services. Hoses from fire engines were snaking along the ground, up into the fireman’s arms as he aims and its life saving water arches into the air to the buildings where it immediately does its work, seen by the immense steam billowing out of the windows in reaction to the two elements meeting under such extreme circumstances.

Ambulances, are rushing from one place to another. They were collecting the ill and injured, transporting them to hospitals or other medical facilities to be treated and where possible released and returned home, so the beds could be made available for the next wave of patients in need of care.

Not many people know ambulances working during the night were often driven by London Cabbies who were too old to join the army.  Their skill and knowledge of London’s streets was of immense help as the street name signs had been removed in case of invasion and at night with the ‘Blackout’ in place, no lights meant you really had to know where you were just by looking at the buildings! Can’t go wrong with a London Taxi driver who has the Knowledge!

What amazed me even more, was the attitude of the general public.  I had read some articles from historical newspapers published during Blitz, and one did stand out from the others.  A journalist had been out on the streets interviewing people about their experience, and in response to his questions one elderly lady had replied, ‘It was a bit of a Blitzy night last night.’  Talking about the bombing raids as if she was chatting about the weather to her neighbour!  And here I saw people dressed in their office clothes, businessmen in shirt, tie, bowler hat and briefcase on their way to work.  Milkmen walking over the rubble delivering their daily pinta’s to those houses not destroyed by fire.

Milk delivery goes on, even in the Blitz!

People had already exited from the underground tube stations where they had slept the night before, and were returning home, hoping it was still there when they arrived back!

From Whitehall I had walked down to the Strand and along to St Clement Danes Church because today you can still see the bomb damage on the outside but the inside has been rebuilt.  It was devastating and uplifting to me at the same time.  The shrapnel damage we see today was there, but the inside was a smoking shell, having been destroyed by an incendiary landing inside the church.  Today, you can go inside and see photos of that fire, but also of the restoration of the heart of the church and a large number of open books behind glass panels dedicated to RAF and American based personnel in the UK during the 2ndWorld War.

Destruction along the River Thames!

From there I walked down to the Thames.  It is here that today you can see clearly the impact the Blitz had on London’s skyline.  Looking along the banks of the River the destruction caused to those bankside buildings, was as clear then as it is now.  Look along the riverside when you next visit London and see the varied period buildings that nestle along the Thames.  There is never a long stretch where they are the same.  Modern architecture stands shoulder to shoulder with older buildings highlighting the rebuilding of London from the 1950’s onwards.

Walking down along the north bank of the Thames towards the Tower of London, where little did the people know it but in a few days time Rudolph Hess would be imprisoned after being captured parachuting into Scotland to start Peace Negotiations!  Who with, Nessy, the Loch Ness Monster?

The River Thames, that ‘Ribbon of Moonlight’ the Luftwaffe followed methodically to release their bombs, explosive and incendiary, to destroy the British defiance to Hitler’s aggression did the opposite.  It brought the country together, it showed that ‘Stiff Upper Lip and the ‘Keep Calm and Carry On’ character which Prime Minister Winston Churchill tapped into.  His speeches rallied a nation and today we see a city, London, that stands proud and strong.  It is a beautiful City, no Great fire of London, and no Blitz, was ever going to change that!

This was just a small sample of the 8 months of continuous bombardment London received during WW2; I hope it gives you some idea of the daily risks Londoners were placed under, and don’t forget, Your London Cabbie knows his streets, even with the lights turned off!

I’ll be back soon with another visit to London’s past.  See you soon!